Luigi emigrated from Italy to South Africa as a teenager, and immediately applied his professional skills and abilities to create and achieve the business that he has built through hard work and integrity.

Luigi’s dynamic career started at the age of 22, In 1962 he became the Chief Racing Mechanic for South African Champion Ernest Peterse. In 1965, Luigi then decided to pursue his own business venture by establishing Italian Cars Tune Up Centre.

By 1970 Luigi established his second business Italian Panel beaters, which he still owns today. Through Luigi’s vision, drive and determination at the age of 54 he decided to open an IVECO Dealership which he named Italian Commercial.

Italian Commercial is the oldest existing dealership in South Africa, and has become the flagship of all Luigi’s business operations. 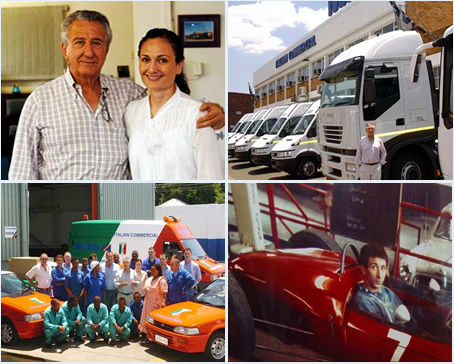 Leave us your contact details and one of our experts will contact you to help you understand the best solution for you.